Human rights cannot be disregarded, not even during a pandemic. How to improve the police intervention procedure in situations of domestic violence

Analyzing the impact of the crisis generated by the COVID-19 virus on victims of domestic violence, International Center "La Strada," in partnership with the General Inspectorate of Police, with the support of the Soros Moldova Foundation, discussed the response of law enforcement to cases of violence. The dialogue launched on March 31 will continue in the format of workshops for exchanging good practices between representatives of law enforcement agencies from all regions of the Republic of Moldova until April 6.

Almost 40 police officers from the northern part of the country yesterday tried to look at 2020 not only in terms of the difficulties and disappointments they faced but also as a lesson, with the solutions they identified in the application of protocols of intervention in cases of domestic violence, acting in conditions of increased risk, under pressure and against the clock.

Daniela MISAIL-NICHITIN, Executive Director of IC La Strada, highlighted the challenges related to the restrictive measures applied in public health emergencies, which are felt the most by the people from various risk groups. "Women and girls, victims of domestic violence, have been even more vulnerable due to travel restrictions imposed at the beginning of the pandemic, without access to assistance and protection, many of them - without access to any communication tools. Let's not forget that there were hundreds of women who, in isolation, could not have a personal phone ", mentions the Executive Director of IC La Strada. 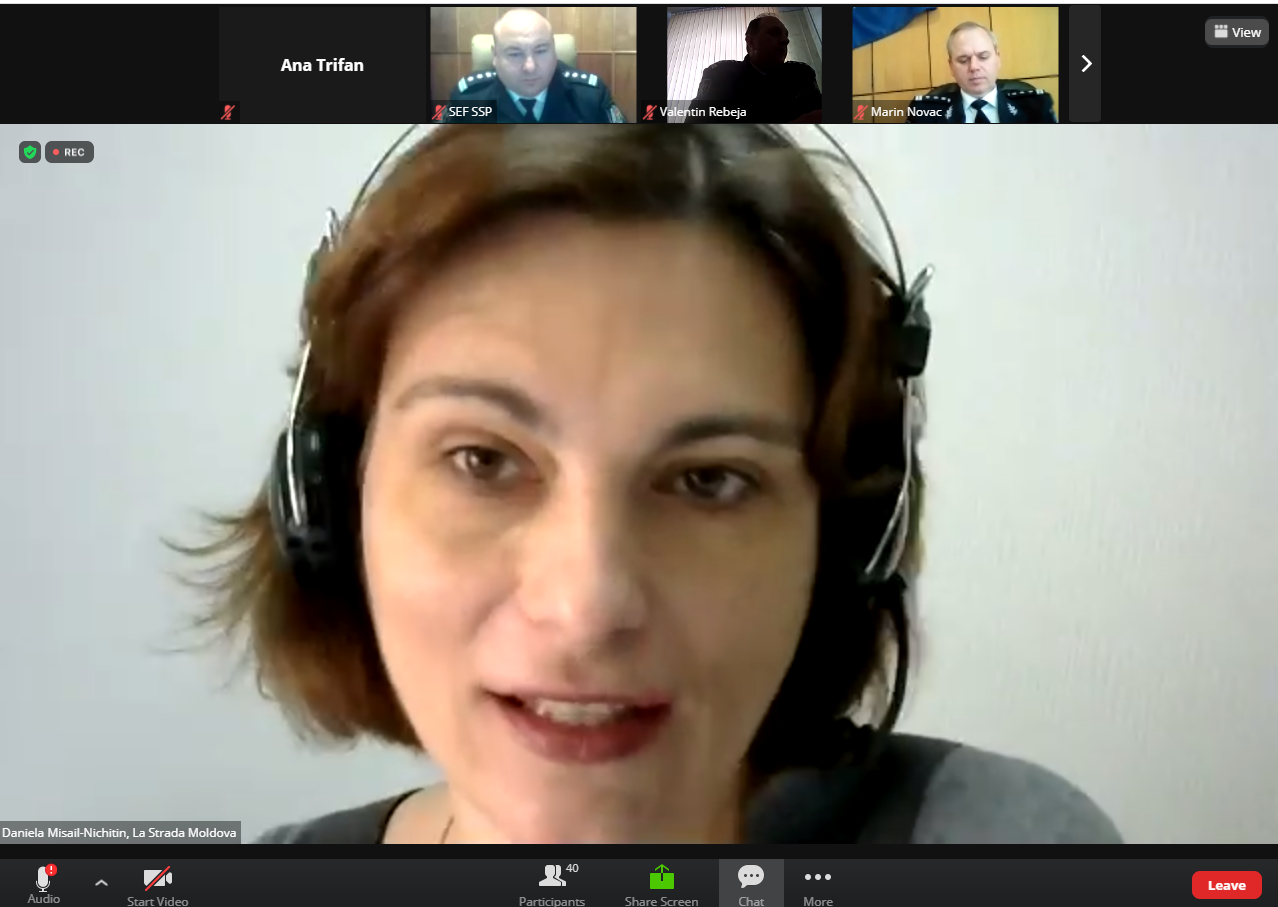 According to Victor MUNTEANU, director of the Department of Justice and Human Rights, Soros Foundation Moldova, these workshops crown the result of an exciting project about human rights during the pandemic; a very comprehensive study that tries to measure the temperature of the phenomenon of victimization in the Republic of Moldova. There is a false opinion that many things can be excused in times of crisis. But all the excuses only go as far as where we have to do our duty because human rights cannot be disregarded, not even during a pandemic.

We decided to finance this project precisely to see how realistic it is to adapt the police intervention protocols, what we exactly can we do, what are good practices, and what we can do with them. I think we have human potential, and we have resources, there is quite a lot of openness and a desire from the police to respond to change. And I think that this category of professionals is eager to contribute not only formally and also with substance, Victor MUNTEANU added. 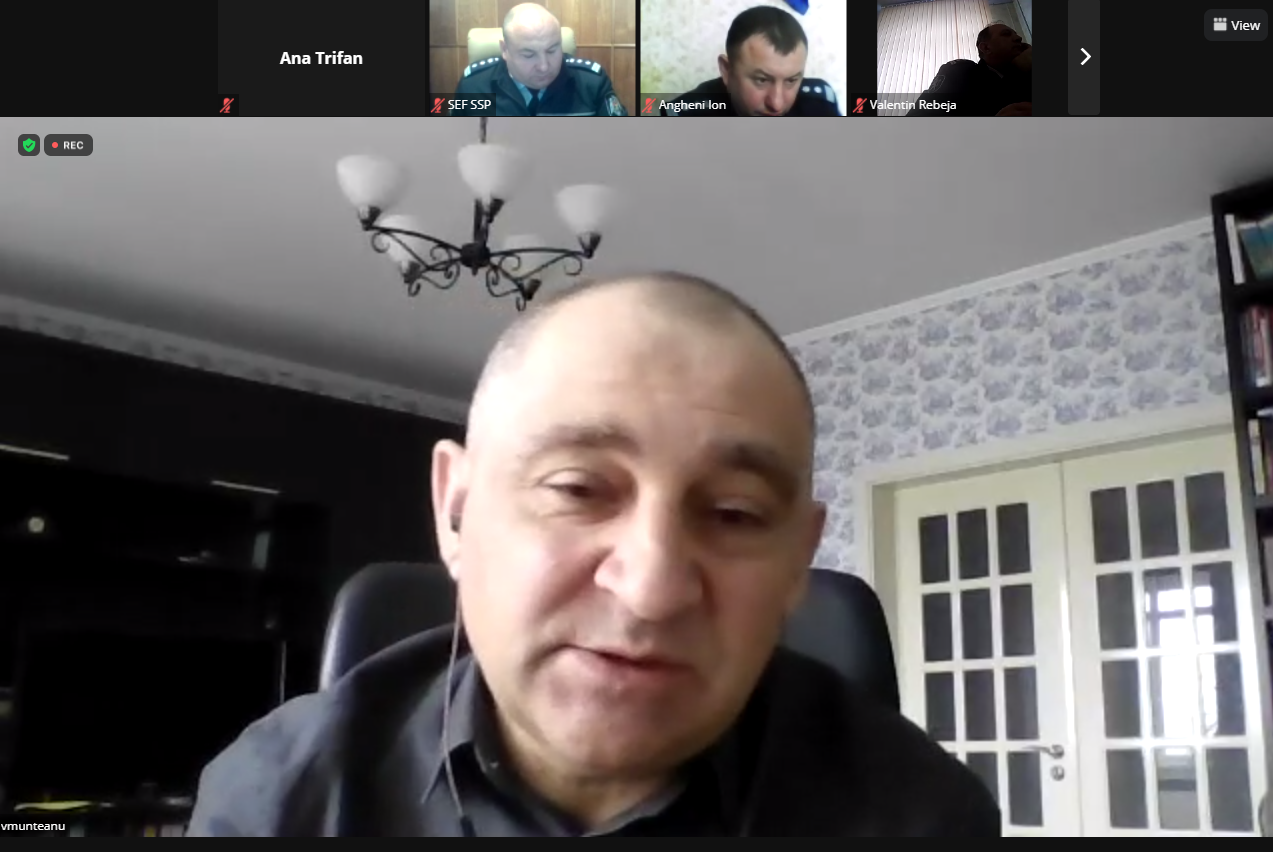 Although the police have clear methodological instructions, as shown by the data from the Trustline for Women and Girls, during emergencies, police actions have not always responded to the needs of victims of domestic violence. Our beneficiaries told us about situations when the police officers said they were away, that they were busy, and could only come tomorrow. Being involved in actions to prevent the spread of Covid 19 infection, the police's response time to violence cases has increased. There were also cases in which the aggressor was released only a few hours after his detention.

According to one of the women who called the Women and Girl’s Trustline:

"At the beginning of the month, my husband beat me. I called the police. They issued a ten-day protection order. In the meantime, it so happened that the 13-year-old boy and I tested positive. I told my husband that we had Covid and that it would not be desirable for him to come, that he might become infected. He came. He drank alcohol. He was trying to beat me again. He pushed me. Trying to protect myself, I reached with my hand to the glass on the door, which broke. I cut my hand to the bone; the blood was gushing ...".

According to the woman, the policeman later accused her of provoking situations of violence: "The head of the police sector called me and asked me why I was creating problems and why I called 112. That I cut my hand alone and that I unjustly blame him. He told me that I would be fined for the false call and that, after quarantine, he would issue a restraining order in my name, just like my husband had". " 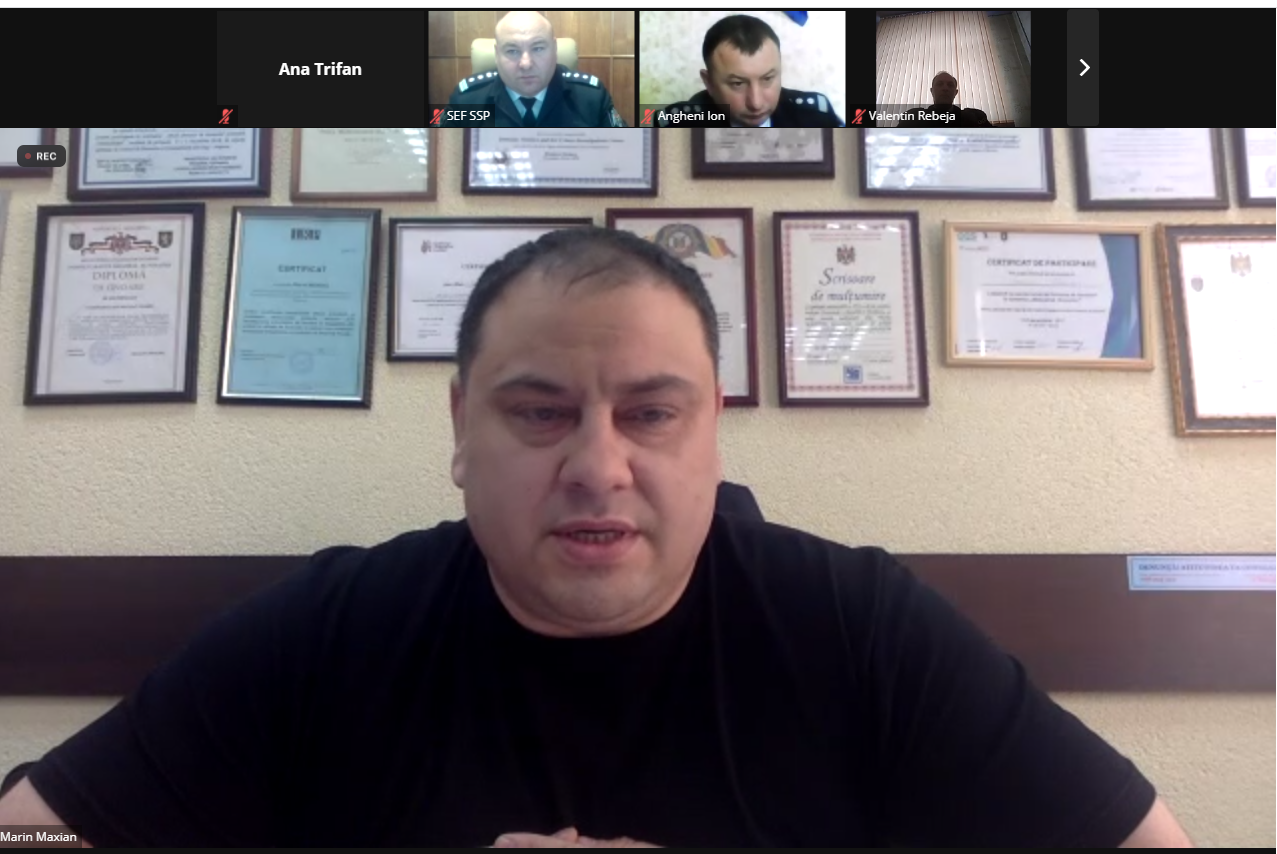 Marin MAXIAN, Deputy Chief of the General Police Inspectorate: "We must recognize that we still have work to do when it comes to standardizing the procedure for preventing and combating domestic violence and protecting victims in crises, as recommended by the Ministry of Health, Labor and Social Protection. But today, we have the opportunity to see the actual situation in different regions of the country, how we coped, how cases of violence are now examined, how the victims feel, how the aggressors feel. I also see the need for such discussions because we can propose changes to the legislation that could improve and standardize the procedure for the intervention of law enforcement agencies in crisis situations in general, which can also occur after the pandemic.

The workshops for exchanging best practices are carried out in partnership with the General Inspectorate of Police, Ministry of Internal Affairs of the Republic of Moldova, with the support of the Soros Moldova Foundation, within the project "Consolidating the efficient response of law enforcement to domestic violence in the context of public health emergencies." 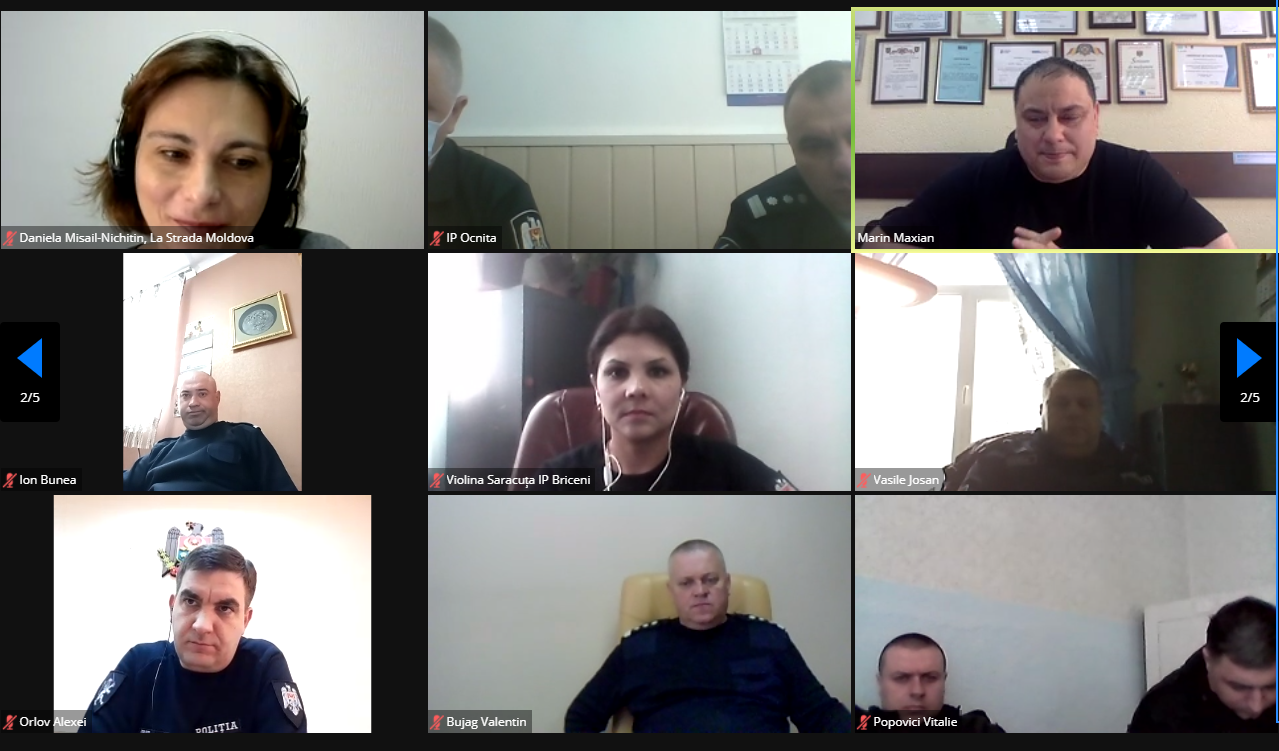 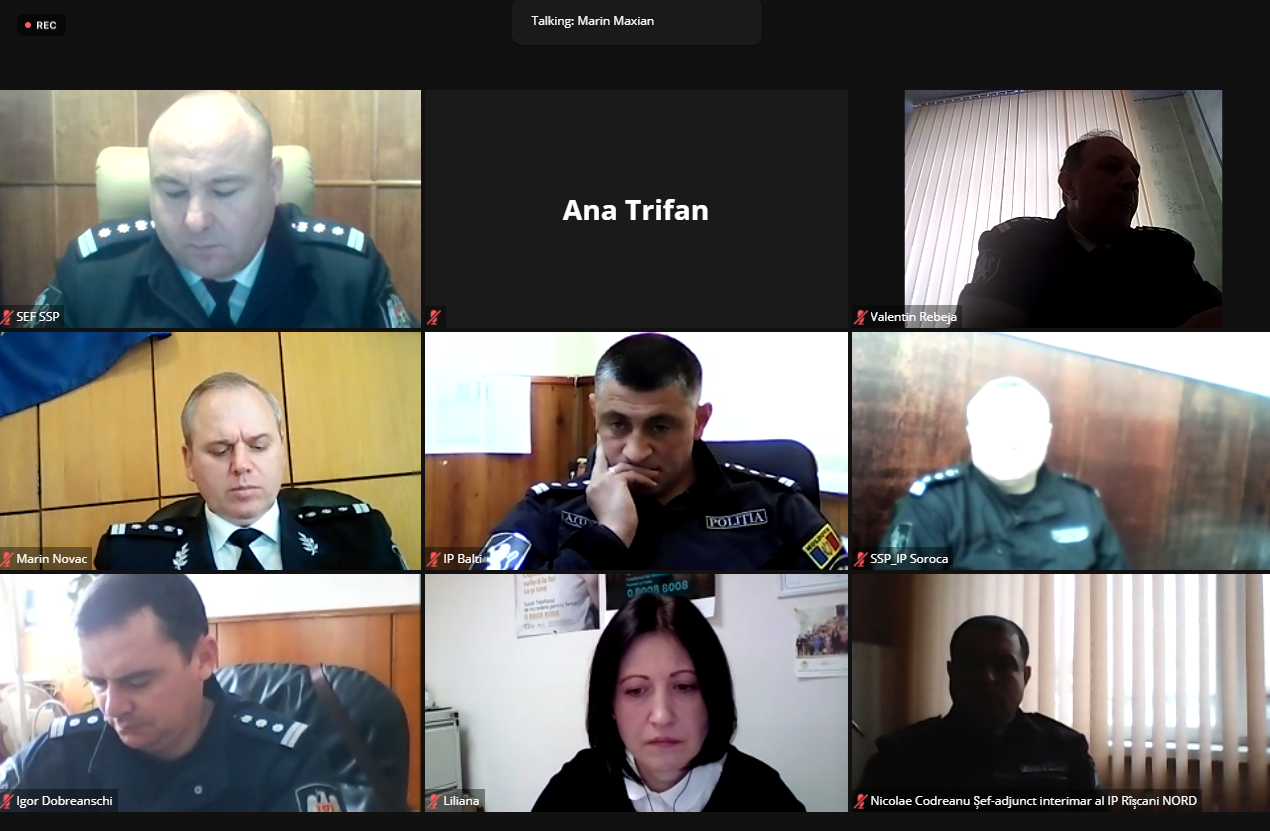 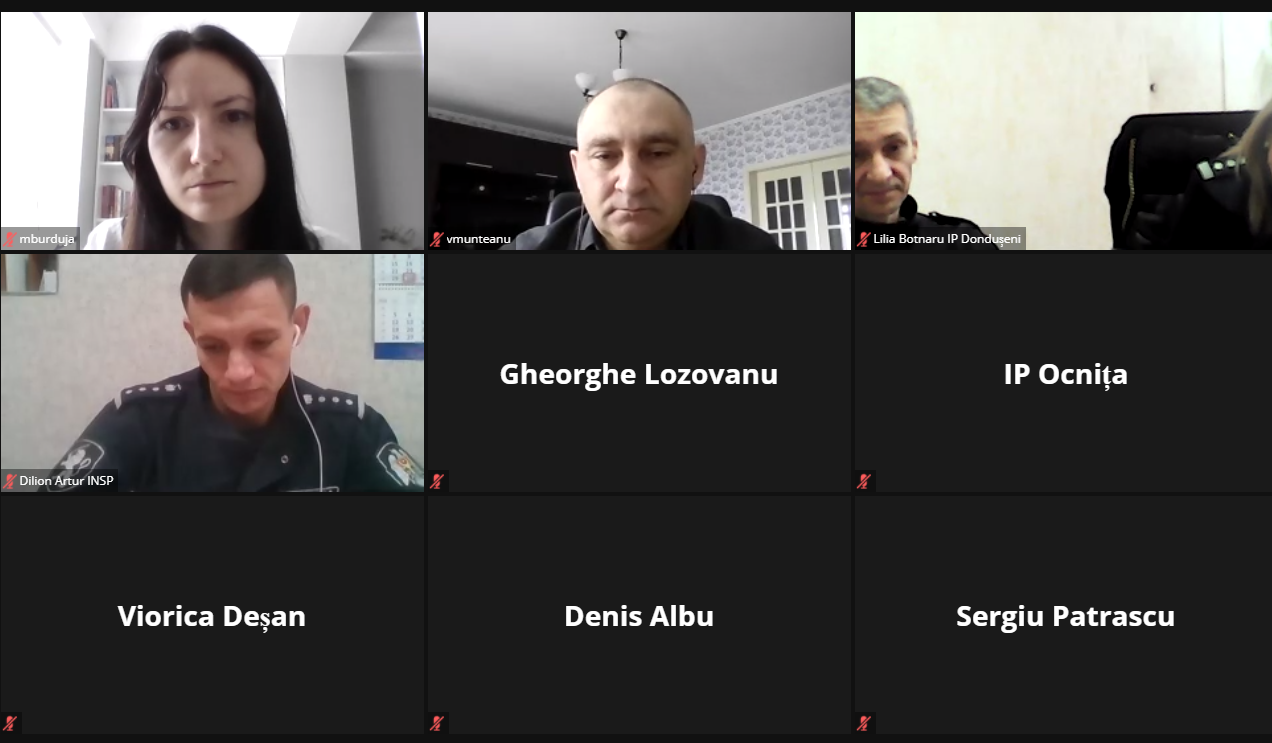